We don't promise that everyday will be sunny and smooth sailing. We do promise, though, that if you're committed to growing your company and serving others to make it happen, we're committed to helping you get there more efficiently, effectively, and adapt-ably.

We use proven processes and exceptional facilitation to enable you and your team to learn, do, and self-sustain. Along the way, you'll see team engagement go up and all the good things that come with that. 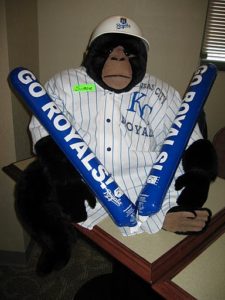 If you've ever watched a sports team make it to the championship game and score that winning point, you've seen the burst of excitement and joy of a team that has accomplished more than they thought possible.

At that moment, they are ONE. Did they do it for the team owner? Most likely not. They did it for each other, their families, and their fans.

Many years ago, I was part of such a team. Not a sports team, but a work team. We were excited about going to work most every day. We knew what we needed to accomplish, why, and what we each had to do to make it happen. We clearly knew what success looked like and felt needed. Milestones were celebrated and helping others was rewarded. We even had a team mascot and a fun committee that did community service projects. We weren't just a work team, we were a work family.

Since then, I've worked with lots of other teams, some good, some not so good. I've studied, observed, and compared what makes the difference. My research came down to two big conclusions.

So, I started Intouch Management to help as many companies as possible achieve more and enjoy more together. We spend one third of our lives working and probably much more thinking about work. Why shouldn't it be as exciting and fulfilling as winning the championship game!